A MOTHER MURDERED, A CHILDHOOD LOST – AND HAPPINESS FOUND

“When we weren’t called ‘the bastard kids’ we were known as ‘Kinsey-Barnsey, whose father killed your mother...”

Nineteen days before his fifth birthday, Chris Kinsey was involved a nightmare scene: his father stabbed his mother to death while he was in the next room. With their father swiftly convicted, Chris and his seven siblings were split up between various members of their extended family. 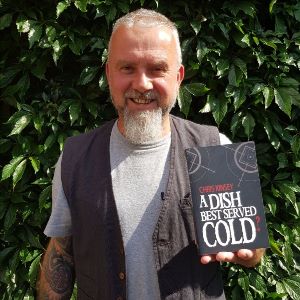 Incredibly, his father served only one and a half years of his sentence. In the close-knit but poverty-stricken community of 1970s Port Talbot, upon his release he was pressured to take back responsibility for his children – particularly when he moved in with a new partner.

He only did so for two of his children: Chris and his younger brother, Neil. Chris was never reunited with his brothers and sisters in the same household.

Both adults were physically abusive, both to the children and each other. They took no responsibility for feeding the brothers. Chris recalls that without school dinners, and the charity of their neighbours, they would probably not have survived.

When Chris was eight, his father returned to jail – for battering his partner nearly to death. Tragically, Chris was once again witness to the aftermath of the attack:

For the rest of his childhood, Chris was in care. He left school at sixteen, and found himself an honest job in the local steelworks. The year was 1981, and months later he was made redundant – along with 18,000 others in the Port Talbot area.

At seventeen-and-a-half, Chris moved to live with his eldest sister in the midlands. There, he soon found himself in the world of petty crime and casual drug abuse. After eight wild years, and the death of a close friend to overdose, he was given a lifeline by an employer he met down the pub.

Now in his fifties, Chris is happily married, a father of two, and working for Jaguar-Land Rover. He has broken the cycle of abuse. He has built a life to be proud of. As such, it was to his surprise when he felt the urge to return to the traumas of his past, and to write them down in a book. 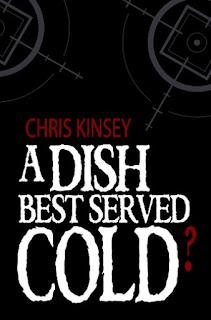 “Of course you move forward, but these things are always with you. They’re part of who you are. The fear of being hungry that I had from childhood has stayed with me all my life. To this day, if I’m hungry and I don’t have something to eat, I get in a panic. As I grew older I began to wonder if there was something I could do to excise the ghosts. That was the start of writing my novel, A Dish Best Served Cold?.”

As could be expected, “excising the ghosts” brought up a lot of unresolved emotions for Chris. Soon he realised, although the narrative of his book remained close to HIS own experiences, a rather different ending was called for.

“The main character, Sonny is me but not me. He’s eighteen but he has witnessed murder, violence, crime... But where our stories diverge is our reactions. Where I broke free, Sonny hits back. He tries to take revenge. I didn’t go down Sonny’s path – but I understand his reasons for walking it. The title of my book is A Dish Best Served Cold? I added the question mark to emphasise the ambiguity in this statement. For Sonny, revenge is actually a dish best served ‘hot’.”

Although the abuse, tragedy, and poverty of Chris’ own upbringing is all to be found in his book – as well as violence depicted with shockingly visceral sense of reality – Chris is keen to point out that the story is also one of hope. At the core of the narrative is a heartfelt love story, and Chris’ own young hope of breaking free and raising a family inspires Sonny too.

“Against the odds, my life today is infinitely better than I could ever have expected as a child. And that’s because of my fantastic wife; her son, Tom; and mine, CJ. Sonny – an angry, desperate young man, is the kind of character some people might cross the road to avoid. But I wanted the reader to know that behind Sonny’s troubled exterior, behind all his rage, he’s the same as everybody else – all he needs is to be loved, and a place to feel safe.”

A DishBest Served Cold, by Chris Kinsey, is released on the 31st October 2019, by Candy Jar Books www.candyjarbooks.co.uk
-END-