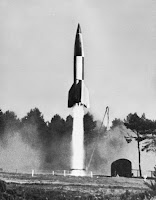 Recently a V2 rocket used during the Second World War was discovered in Harwich Harbour, Essex. A local sailing club spotted what looked like the tail of a rocket breaking the service of the water. Once the police had been informed a team of Royal Navy divers were called to the scene to investigate, as well as the Bomb Disposal Squad. WW2 veteran, EileenYounghusband, knows all too well about the dangers of the V2 rockets. She served in the Women’s Auxiliary Air Force (WAAF) and was tasked with detecting and tracking enemy planes and the V2 rockets in the wartime Filter Rooms.
90-year-old Eileen, who was the first person to track a V2 rocket, feels the location of the discovered V2 is quite interesting. She said: “It’s all very strange. It’s not where I would have expected it to be. The V2s were designed to travel great distances. If they were launched from Pas-de-Calais they were aimed at London, from Rotterdam they were aimed at Antwerp. This one must have been faulty.”
She continues: “These weapons were so different from the bombing of the Blitz when people could see and hear the aircraft and recognise that our fighters were up there retaliating. The V2s were something else. If you heard one, the chances are you were going to die."
Eileen’s book, ‘One Woman’s War’, which details her time in the Filter Room, is available now from www.onewomanswar.co.uk.