THE END IS NIGH! 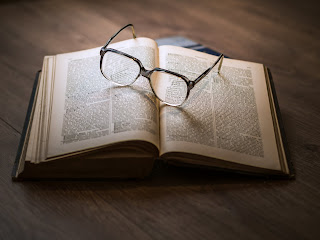 If you’ve reached the point where you’ve needed to consider how to end your piece of writing then congratulations are in order; you’ve nearly finished that labour of love which has taken hours, weeks or sometimes even years to complete. Yet this seemingly rewarding part of the process can actually cause no end of trouble for writers as they struggle to find a ‘fitting’ end which is worthy of themselves, the characters and the readers. Why do we struggle so? Put simply, we’re artists aren’t we, and that last flourish of the brush upon the canvas needs to invoke thought and admiration in equal measure. However, if we revive the ‘author is dead’ argument then we can never be certain what effect, if any, has been left on the reader and we certainly can’t control it once the work has been disseminated. It is actually a small grace given that the misinterpretation of a writer’s intentions would be hugely frustrating and their confidence or pride may be dented as a result.

Traditional novel endings are concerned with resolving problems arising from the plot. This was a common feature of novels in the Victorian period as they would restore order to the chaos within the plot, much to the satisfaction of the readers. If you have spent a long period of time reading about the characters involved in the world of a novel then it may be upsetting to learn that an innocent child is not restored to prosperity.

The physical form of a novel is also a giveaway as to when the story will end as the reader can anticipate this judging by how many pages are left. A short story, despite it also being limited in its physical form, is not hindered in the same way. A short story is capable of picking up and ending a story, without even reaching a conclusion, at any point it so desires. So, today, we will consider a piece of my own writing which I have made available alongside this week’s blog; if you’ve not read it yet then now is the time to do so before proceeding further.

Back already? I hope you’ve enjoyed the story but how do you feel about the main characters? Do you feel the story is resolved and, if so, why? If not, what threatens your belief in that? If the story was to continue beyond its ending, what do you think would happen? Consider once more the final paragraph below:

‘An hour passed. Adrian sat alone in the grey room staring at his laptop, broken, his hand on the mouse. His index finger resting gently on the left button. He looked outside, the sound of rain now falling against the window seemingly compounding his misery. He thought of the lost image of Angeline and how happy he felt standing on that balcony, a whole other world within his grasp. One simple click and he could have everything, one simple click and he could lose it all. Closing the laptop, for now, he got up to grab another coffee. There would be another test this afternoon.’

The first issue to be addressed is of course the moral dilemma; Adrian has resisted the urge to send the email which no doubt restores order for a lot of people who may have been uncomfortable reading the full story and as a result did not wish to see him successful in his pursuit of Rosie. He agonizes over the decision but it could be argued that this action – or lack thereof – was chosen to satisfy readers. This is, however, juxtaposed by the bookending of the ‘grey room’ and miserable scenes seen through the windows as Adrian returns to the same unhappy state we find him in at the beginning of the tale. If empathy for a lost love is viewed only as a lost lust then that may not stir too many feelings of sadness in a reader, but, when you compound his misery by the daughter he had envisaged then it is clear that the whole scenario potentially had much deeper, intimate and genuine feelings associated with it.

There is a ‘whole other world within his grasp’. The whole other world does in fact refer to the dream sequence he has about his life with Rosie and Angeline, and acts as a macrocosm of his whole world which is encapsulated within the microcosm of these two girls. The dream sequence, if you do decide that is what it is, adds yet another layer. The vision Adrian has is perhaps a premonition much like Ebeneezer Scrooge's: an understanding that he has his fate in his own hands. The vision of a couple very much in love, a family even, challenges the closely held belief that Adrian’s actions in making the initial contact with Rosie are immoral. The sequence provides a premature ending to the story prior to the actual ending even though a time-shift has taken place, this provides the reader with an opportunity to choose for themselves how the story is resolved after Adrian closes his laptop. After all, the ‘whole other world’ is ‘within his grasp’, and one click of the mouse resting underneath that hand is all it will take to turn the fantasy into a reality. The hand that closes the laptop is still the hand that can open it once he returns for the afternoon session and send the email. And yet, there is still the test this afternoon. This is once again ambiguous as it could be a test of another group of candidates or a test of his own resolve. Even so, if the reader so chooses, it could be read as Adrian faces a similar ‘test’ every time he meets a new group of exam candidates and that he is the poor quality of character initially thought to be.

Ultimately, it is all for you as the reader to decide. As a writer I know what I intend for the characters but it is much more fun to offer something – an experience – to you. You may find your early impressions from the text shape your desired outcome, or it may be that your personal life experiences contribute somewhat to how you read and resolve the ending. Either way, a ‘whole other world’ of fiction was within my grasp and the only way to produce it as something to be shared was to begin the process of writing. I hope that you’ve enjoyed the short story and found this week’s blog intriguing.

Please feel free to post your own stories below. Happy writing!