You've probably heard that Candy Jar will be at the Merthyr Tydfil Spread The Word Arts & Literary Festival on World Book Day this coming Thursday 3rd March; one of the largest growing World Book Day events across in the UK. We are very, very excited!

This year’s Spread The Word Festival is a celebration of one of children’s literature’s greatest, Roald Dahl. This year marks what would be the 100th birthday of the iconic writer on September 13th 1916, and there will be events celebrating the mind who brought us institutions like Charlie and the Chocolate Factory and Matilda going on throughout the year and across Cardiff and Wales.

With the Charlie and the Chocolate Factory themed festival looming, we’ve been chatting away about our favourite Roald Dahl books from when we were growing up. 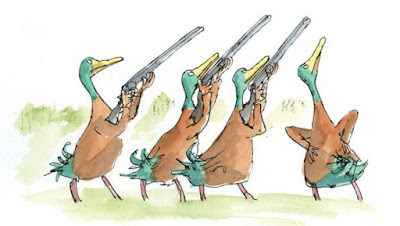 We've got all the Roald Dahl books in our house - my girls love them! The Magic Finger really caught my imagination when I was younger, I just thought it was quite strange. It’s the Roald Dahl book that people don’t talk about as much, and I really like the juxtaposition of the characters and how the ducks and the people swap roles.

My favourite part is when they wake up and the Gregg family first realise that they’ve swapped places; they’ve turned into tiny people with wings and the ducks have grown to people size and they have arms instead! 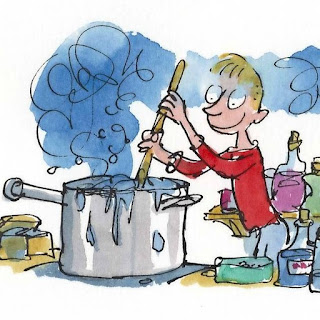 I think George’s Marvellous Medicine was my favourite as a kid, purely because I remember reading it so many times. I loved that it was all about wanting to “one-up” the grown-ups and the rubbish relatives!
I think my favourite part was when George blew up the nan! 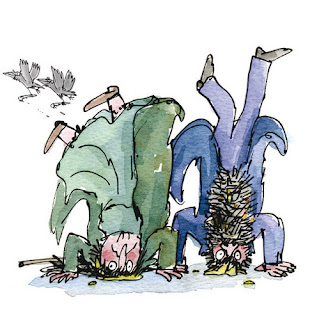 The Twits is definitely my favourite Roald Dahl book. I really liked the illustrations by Quentin Blake, I remember a really gross one of the beard with all food in it!

I love that the characters were always playing tricks on one another and that they were really badly behaved – and I went to see a show of the book when I was little.

“A person who has good thoughts cannot ever be ugly. You can have a wonky nose and a crooked mouth and a double chin and stick-out teeth, but if you have good thoughts they will shine out of your face like sunbeams and you will always look lovely.” 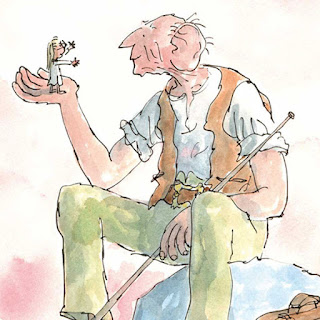 I loved The BFG, the book and the animated film; I’m a bit nervous about the remake! I liked that the main character Sophie was a bit lonely until she meets the BFG, and they sort of find eachother even though they’re both sort of left out in their own worlds. And the snozzcumbers, I liked them too.

My favourite part is when the BFG takes Sophie to the room full of the dream jars, and I always like the idea of “witching hour” which I fully believed in as a child!


... and one from our author Jane Cohen who popped in to say hi! 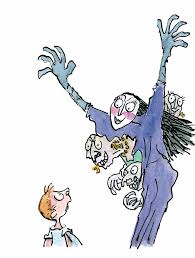 Roald Dahl is one of my absolute favourites! I loved The Witches; the magic in it, the way the girl moves in the picture into different positions and grows old in the photograph, and I loved that the witches all owned sweet shops to entice the children.

"Witches of England you're a disgrace!" (and then she brings her potion out!)

We’ve also been obsessively browsing the internet for all things Roald Dahl, and here are a few of our favourite facts about the Llandaff-born author: