Author Eileen Younghusband appeared on BBC Radio Wales yesterday afternoon, talking to Roy Noble about her new book One Woman's War. Eileen talked about her time in the WAAF during World War Two and how she helped track enemy planes and Hitler's dreaded V2 bombs during the Blitz.

One Woman's War will be officially launched this Monday the 4th July, Eileen's 90th Birthday. The hardback is available to buy now from the Candy Jar bookstore.

You can listen to the show here. 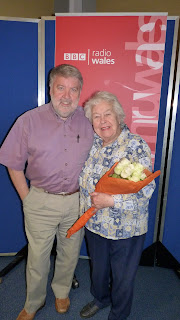 Visit the One Woman's War website: www.onewomanswar.co.uk
Posted by Candy Jar Films at 09:04