TWO OF OUR AUTHORS ARE FINALISTS IN THE NATIONAL PEOPLE’S BOOK PRIZE!

A North East based author of children’s literature is a finalist in the prestigious 2018 People’s Book Prize for The Book Spy. Mark Carton, from Newcastle, has been nominated as a finalist after 4 months of national public voting. 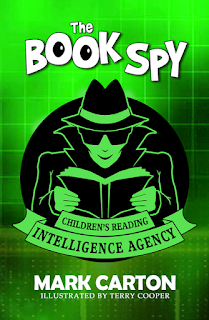 Also, London-based author Molly Arbuthnott has been nominated as a finalist for the 2018 People’s Book Prize for her heart-warming children’s book Oscar the Ferry Cat.

The People’s Book Prize is the only national literature award decided upon entirely by the general public, therefore carries the additional credibility of being selected by the book’s own readers. The Children’s Literature Award has had several significant previous winners, including best-selling children’s author and TV presenter David Walliams for his first book Mr Stink; therefore making it a major stepping stone for first-time and emerging authors.

The Book Spy is Mark Carton’s second novel, and is a series of short stories spanning 80 years. It tells the tale of a secret children’s network of spies called the ‘Children’s Reading Intelligence Agency’ or ‘CRIA’. The Book Spies originated in World War II, set in Bletchley Park, with other stories taking place across the world – each featuring children from different generations. The stories recount the missions of children who are enlisted to join the CRIA and how they shaped world events, encouraging many children to engage in and enjoy reading.

Oscar the Ferry Cat was inspired by Molly Arbuthnott’s own family cat going missing in April 2014. The curious cat managed to open a car window by stepping on the control before the lock took full effect. The family returned to their car in Oban to find paw prints on the bonnet, but no cat. Beautifully illustrated by Agnes Treherne, young readers love following Oscar’s adventures. 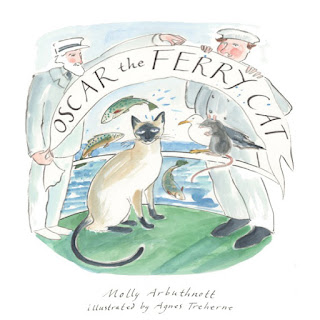 The People’s Book Prize is a national competition, so The Book Spy and Oscar the Ferry Cat faced stiff competition with hundreds of titles nominated nationally this year by their publishers – as well as a long-list of 20 children’s books being put to the public vote.

Commenting on the finalist nomination for the award Mark Carton said: ‘I was delighted to get the initial nomination and having spent the early part of this year touring almost 40 schools in the North East with a ‘Book Spy Roadshow’, it was a real thrill to find out that I have been shortlisted as a finalist. The school visits showed the passion young people have for literature and great stories, and the purpose of The Book Spy is to encourage young people to share their love of reading. The school visits were wonderful, as the reception in every school was overwhelming.’

The Book Spy was published by Candy Jar Books, and head of publishing Shaun Russell commented: ‘Mark had a real passion for this story and the idea of the Children’s Reading Intelligence Agency was genius, as children love the idea of becoming spies in their own secret network. The book is a great read for 8-12 year olds and is a worthy finalist in these outstanding book awards. Everyone at Candy Jar is very proud of Mark and The Book Spy.’ The Book Spy has its own dedicated website www.bookspy.co.uk and Mark Carton has his own author site www.markcarton.co.uk which features his other work and his availability for author sessions.

Molly Arbuthnott is a primary school teacher from London. She has always loved writing and is thrilled to have been nominated as a finalist for The People’s Book Prize for her book Oscar the Ferry Cat. Agnes Treherne is a Sussex based illustrator who studied fine art at the University of Edinburgh, and provided the enchanting artwork to accompany Oscar’s story. Oscar the Ferry Cat has his very own website www.oscartheferrycat.co.uk . The story immortalizes the author’s beloved cat Oscar who was sadly never found. It follows his experiences as he navigates coming to terms with loss and forging new friendships. Proudly published by Jelly Bean Self-Publishing, this book appeals to children aged 5 – 8 years as it explores Oscar’s new living situation as he searches for his home.

On discovering her position as a finalist, Molly stated: ‘They say if you find a job you love you will not do a day’s work in your life. Every day for the last 6 months has felt like a holiday! It has been very humbling to witness the warm reception Oscar has received. I hope he will continue to touch the hearts of children – he’s against stiff competition but where there’s a will (and a cat!) there’s a way!’

The People’s Book Prize winner will be announced in May 2019 following a further public vote, at the Stationers Hall in London, with patron of the foundation Frederick Forsyth CBE presenting the awards.
Posted by Candy Jar Films at 11:59