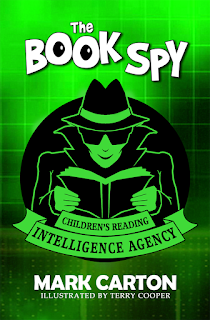 Newcastle-based author, Mark Carton, has written a book to address the lower levels of literacy amongst young people. The Book Spy tells the remarkable story of the greatest spy network of all time, The Children’s Reading Intelligence Agency – a fictional organisation created to protect stories from all around the world.

Former Radio 1 Roadshow events manager, Mark, has invented an authentic back-story to encourage children, especially boys, to reach for a book. From the early 1940s at Bletchley Park to modern day south Wales, The Book Spy highlights the crucial work done by CRIA operatives. This is not MI5 or the CIA, but a network of children discovering important books from around the globe, and bringing them back to the United Kingdom. The book reveals how Book Spies helped to defeat the Nazis during World War II, saved an endangered species, and foiled an evil genius’ secret plot.
Mark says: “I wanted to create something that would fuel the imaginations of children and encourage them to read by introducing the prospect of becoming a real-life Book Spy.”
The Book Spy, which has been shortlisted in the People’s Book Prize, proudly teaches children about the most powerful weapons in life, books. Shaun Russell, head of publishing at Candy Jar Books, says: “Mark has written a variety of stories for us at Candy Jar Books, including a Doctor Who spin-off story Lethbridge-Stewart: 48 Crash. We truly believe that his Book Spy concept, which encourages children to read, has the potential to be used by every school in the country.” 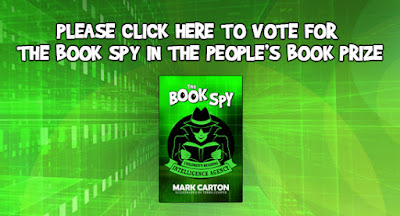 According to information provided by The Reading Agency analysis shows that in England 16 to 24 year olds have lower levels of literacy than young people in 21 out of 24 countries in the OECD. Literacy levels are higher in Japan, Estonia, Czech Republic and the USA.
Research also shows that reading for pleasure can reduce the symptoms of depression, build empathy and help us build relationships with others. Mark continues: “I feel that reading can also create a shared comradeship and our website has been designed to reflect this.”
Unlike other children’s book review websites The Book Spy actively encourages children to write (or record) their own reviews, upload them and share with their peers.
The Book Spy is published by Candy Jar Books, and priced at £6.99, it is available from candyjarbooks.co.uk, Amazon and all good retailers.#
Vote for The Book Spy here: https://peoplesbookprize.com/books/the-book-spy/
Posted by Candy Jar Films at 13:17