Calling all fans of Lethbridge-Stewart! The Havoc Files are back!

The Havoc Files 2 is available to pre-order now. Check out the synopsis below:- 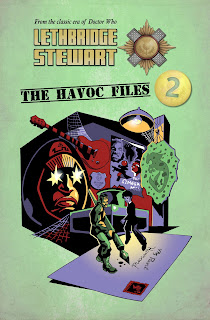 Ghosts in Cornwall, zombies in Australia, aliens at Wembley, trouble in Egypt, and a siege on the Kent coast. Just a few things our heroes have to face in this volume of collected short stories.

A collection of short stories from the classic era of Doctor Who, starring Brigadier Lethbridge-Stewart and Anne Travers, based on the characters and concepts created by Mervyn Haisman and Henry Lincoln.

As always, The Havoc Files 2 is only a limited run. We have less than 75 copies left now, and they’re going fast, so head on over to our shop to pre-order your very own copy now! 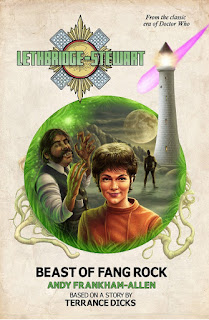 Ashes of the Inferno by Andy Frankham-Allen (brand new, print exclusive)
House of Giants by Rick Cross (brand new, print exclusive)
In His Kiss by Sue Hampton
The Lock-In by Sarah Groenewegen BEM
The Black Eggs of Khufu by Tom Dexter
The Band of Evil by Roger J Simmonds & Shaun Russell
The Playing Dead by Adrian Sherlock
and
Schädengeists Lot by Jonathan Cooper (previously unpublished interludes from The Showstoppers)
Exodus from Venus by John Peel (original prologue from The Grandfather Infestation)
Also, for a limited time, you can also order Beast of Fang Rock at the same time as The Havoc Files 2 for half price! So you can enjoy all those short stories, plus the sequel to The Horror of Fang Rock (first broadcast in 1977) all at once for only £14.48 (plus p&p).
Make sure you get your hands on all those brand new and exclusive titles by pre-ordering now!