Today, on Tuesday 13th September, we at Candy Jar Books join the rest of the world in celebrating Roald Dahl. 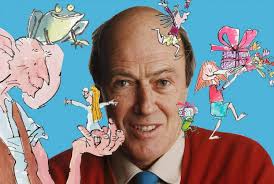 The whole month of September is dedicated in the literary world to celebrating and remembering that great man and author. You may remember that on World Book Day, back in March, we posted about our favourite Roald Dahl books, but as today is the centenary of Mr Dahl’s birth, we thought it appropriate today to talk of the man himself.

Born, not far from our office, in Llandaff, Cardiff, Roald Dahl was the only son and middle child of Harald and Sofie Magdalene Dahl. He documented his early childhood experiences and school career in his autobiographical novel Boy: Tales of Childhood. Dahl later became an aircraftman with the RAF, fighting in the Second World War, his experiences of which he published in his 1986 memoir, Going Solo.

In his lifetime Dahl had two wives, five children, and a whopping 57 publications, including a compilation of short ghost stories that were edited by him in 1983 before he died in 1990. Roald Dahl is a household name. I’m certain that there isn’t a person in this country who has not heard of, read, watched, or studied at least one of his works. His works induce nostalgia in those of us who were brought up on his stories and excitement and joy in those who read them for the first time. Although there is a lot of controversy surrounding Dahl, who he was, and how he treated those that loved him, there can be no doubt about one thing – his writing, for whatever reason, has stuck in the hearts and minds of those that have read it.

How have you enjoyed celebrating the 100th anniversary of the birth of this extraordinary person?
Posted by Candy Jar Films at 10:45