OUR EILEEN PASSES AWAY


We received some very sad news on Friday. Candy Jar's very own Eileen Younghusband has died in hospital in Cardiff at the age of 95. 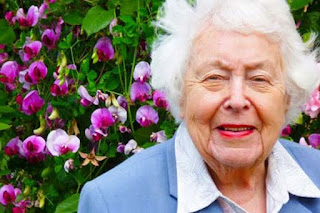 Born in London, Eileen joined the Women’s Auxiliary Air Force during World War Two and worked in the Filter Room, the top secret hub of Britain’s air defence, which processed information from coastal radar stations to give air raid warnings and enable the RAF to intercept German bombers. After D-day, she was sent to Belgium with a small team of women using their mathematical skill to locate the mobile launchers for the V2 rockets then raining down on London and Antwerp.

After the war, she spent most of her life in hotels and catering. She moved to Wales in 1984 and became known for her campaigning on health and education issues. She was awarded the British Empire Medal in 2012, for her tireless work against cuts to adult education.

At the age of 87, she completed a degree from the Open University and was named as one of its Students of the Year. Her autobiography Not an Ordinary Life was published the following year and began a series of books and talks about her wartime experiences.

Her television appearances included BBC Breakfast, The One Show and Eggheads, as well as the BBC series Britain's Greatest Generation, Channel 4’s WW2: The Last Heroes, and the ITV Wales programme Welsh Heroes of World War Two. Her book One Woman’s War won a People’s Book Prize 2012/13 - something she was always incredibly proud of.

A life size figure of Eileen as a 21-year-old WAAF officer stands in a replica of a filter room at the Battle of Britain museum at Bentley Priory. Her advice on the WAAF was sought by historians, documentary makers and even a Hollywood scriptwriter. Her latest book Eileen’s War was written for children and was completed and published only weeks before her death.

Eileen saw Eileen’s War as her ‘legacy’ book. On the day of its release she said: “It is my hope that all children will read my book. I think it is really important to engage with young people about World War II. It’s a pivotal moment in our history. If my story can live on from generation to generation this will be wonderful."

From those who only met her on occasion to those who knew her well, Eileen made a remarkable impression on everybody she spoke to. We at Candy Jar knew her as a fiercely determined author, a brave and inspiring woman, and a very dear friend. We will miss her lots, but we feel very lucky to have known her and played a small part in the adventure of her life. 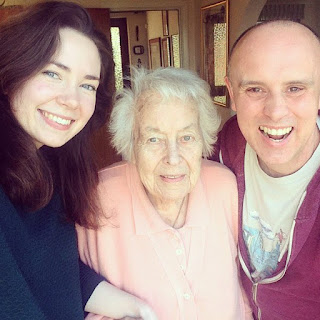