The House on March Lane by Michelle Briscombe: Now available to pre-order

Candy Jar Books is releasing the much awaited second book from Michelle Briscombe, author of Silent Mountain and Literature Wales Writers Bursary recipient of 2015. The House on March Lane is here, and the cover has finally been revealed!

Following her first book featuring Jack Jupiter, a normal boy on a not so normal adventure, readers have been waiting with baited breath for Michelle's return to fiction. After Silent Mountain's Tir na n-Og award nomination, as well as it being the book of choice for the winning school of Bookslam 2014, we're certainly not the only ones who have been dying to see what other stories Michelle has to tell, and with The House on March Lane she definitely hasn't disappointed... 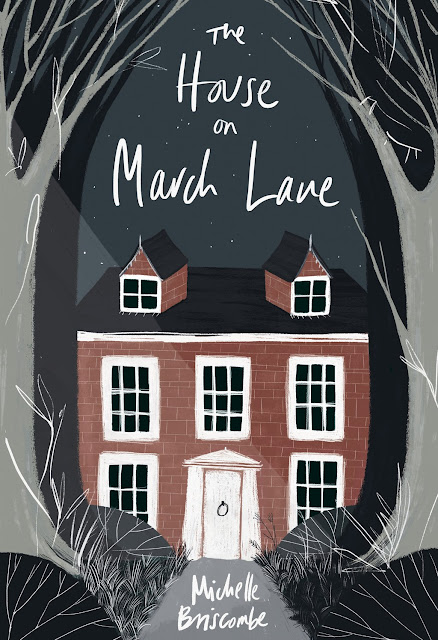 In 1836, Harriet's papa, a ship's officer on HMS Beagle, returns from a long journey at sea.

On his arrival home, Harriet and her friend Lily become involved in a dangerous secret with tragic consequences.

The haunting takes the two friends on a detective adventure with a difference, and leads them to an unexpected and supernatural discovery.

Flora and Archie & Harriet and Lily's lives are soon entwined in a way that they could never have imagined possible.

With an elegant and and gorgeously eery design by the incredibly talented illustrator Hannah Peck, we are so excited to finally be able to reveal this new cover!

The House on March Lane is out April 21st, currently available to pre-order on the Candy Jar Store and Amazon.

Check out Hannah's other beautiful work on her Instagram and at www.hannahpeckillustration.com. 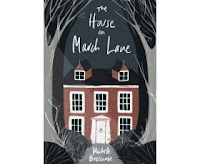 Michelle Briscombe was born in Cardiff but now lives in Barry, South Wales, with her two children and husband. For the last twelve years she has worked in a primary school in the Vale of Glamorgan and is currently undertaking her final year for a BA in Primary Education.
9+


Keep up to date by following us @Candy_Jar, see what Michelle's up to @MichelleBrisc and have a peek at Hannah's latest creations @hpillustration_
Posted by Candy Jar Films at 14:23