Queen Elizabeth II is now longest-reigning monarch in history - and Colin Edwards was there to celebrate!

On Sunday, thousands tuned in to view the commemorative Songs of Praise event,  "Tribute to a Queen - The Big Sing" at the Royal Albert Hall, in celebration of Her Majesty the Queen as she made history and became the longest-reigning monarch. And so of course our very own Colin Edwards, dedicated royalist, talented photographer, and published Candy Jar author, was just one in the crowds at the London venue ready to enjoy the music and join the festivities in celebration of a national figurehead, and a family, to whom his life's work has been dedicated from the young age of twelve.

Colin, who has met The Queen over 150 times throughout the years and is a regular invitee to Royal garden parties, was among countless celebrity faces at the event, which included appearances from musicians such as Gustav Holst and Gary Barlow, as well as special guests Lesley Garrett, Alexandra Armstrong and a choir of five thousand! 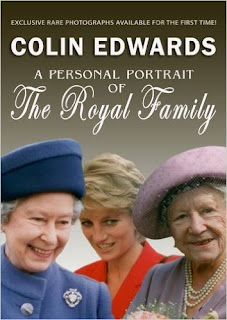 On his tireless support and photography of the now longest-reigning Queen Elizabeth II, Colin says, “I get such a buzz from it. I’m always on ‘cloud nine’ after meeting Her Majesty. It is the anticipation of this euphoria which keeps me going, no matter how long I have to wait or how cold it gets. Everyone is there for the same reason.”

The show was spectacular and, in true British fashion, culminated in a roaring performance of “God Save The Queen” by all of the choirs involved and the entire congregation. What a fitting way to celebrate Her Majesty the Queen’s record-breaking reign of 23,226 days, 16 hours and approximately 30 minutes.

Colin’s book A Personal Portrait of the Royal Family is available from both Amazon and the Candy Jar website, and you can catch up on  "Tribute to a Queen - The Big Sing" here.