PETER GEORGE, THE BBC AND THE BOMB 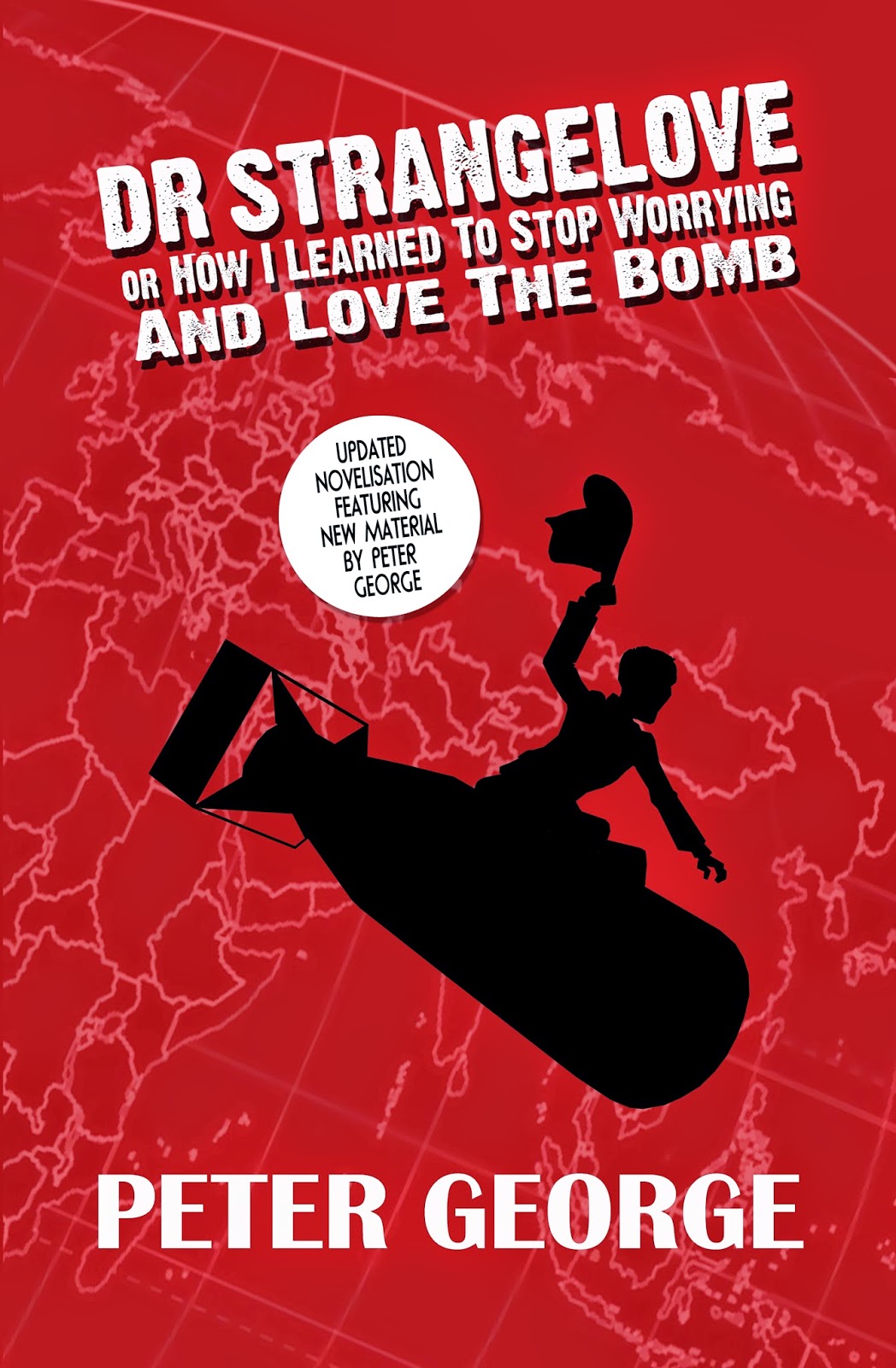 In anticipation of the upcoming release of the official novelisation of Stanley Kubrick's classic film Dr Strangelove or: How I Stopped Worrying and Learned to Love the Bomb, none other than Auntie herself, the BBC, popped round to talk to Candy Jar Books head honcho, Shaun Russell, about its author, the late Peter George.

A simultaneously uproarious and scathing satire of the madness of Mutually Assured Destruction, Dr Strangelove imagines a nuclear doomsday brought about by mistake. Funny enough to earn a top-three spot in the American Film Institute's rankings of all-time best comedies, so troubling as to necessitate upon its release the inclusion of a reassuring disclaimer courtesy of the US Air Force, it is a landmark of cinema. But while well-deserved attention has been lavished on Stanley Kubrick for his role in its creation, the full story of Strangelove, the secret of its alchemic cocktail of belly-laughs and spine-chills, is only to be found in the work of the late Peter George.

Before the character of Strangelove was born out George and Kubrick's shared imagination, George was the author of the 1958 novel Red Alert / Two Hours to Doom, a troubling and entirely serious dissection of the potential shortcomings of nuclear procedure on both sides of the Cold War. Considered so prescient as to become almost required reading for the nuclear strategists of the day, the book also attracted the attention of Stanley Kubrick, who contacted George to suggest the two work together to adapt it into a black comedy for the silver screen. This they did, and the result was  cinematic history.

But what is less well-documented is that George then proceeded to re-adapt the film back into print. The official novelisation of Dr Strangelove maintained the scabrous comedy of the movie, reinstated various elements excised from the final screenplay, and also introduced original elements from George's singular imagination. The character of Strangelove, perhaps Peter Sellers' finest ever role, also inspired George to produce an 8,000 word short story on the mastermind/madman's younger, less-apocalyptic days.

This never-before-published story is included in the upcoming edition of the official novelisation of Dr Strangelove: or How I Stopped Worrying and Learned to Love the Bomb, to be published by Candy Jar Books in June. The edition will also include an introduction by Peter George's son, David George, and will be followed by the publication of Peter George's work in its entirety, starting with Red Alert /Two Hours to Doom. Also to look forward to is a biography on Peter George, by Rhys Lloyd.