Happy bonfire night! As a special treat here's an extract from one of our latest books featuring the man of the moment: Guy Fawkes. 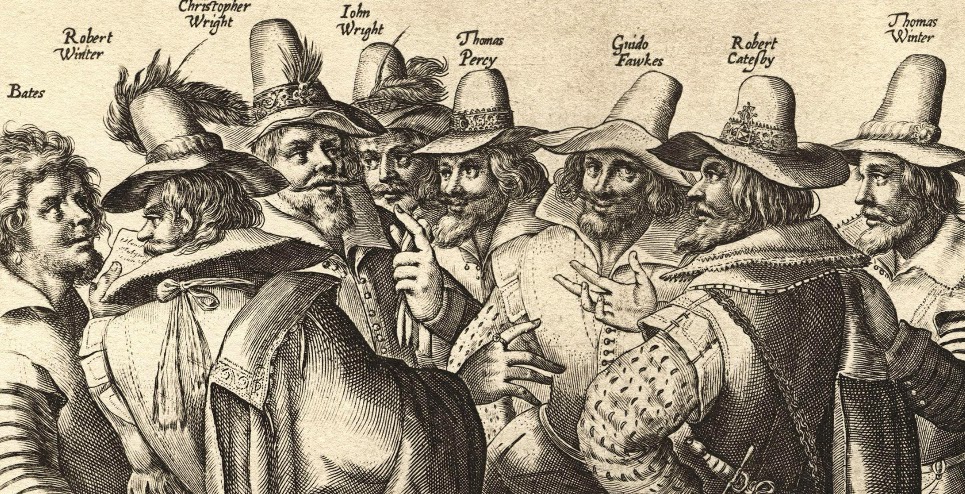 A dozen of the King’s Guard had chased him to the end of a long stone corridor. He was cornered now in passages deep beneath the Houses of Parliament; the building that he’d come to destroy. There was nowhere left to run.

Breathless, he turned to face his pursuers, sizing up each of them and searching for a weak link, weighing up whether there was any way that he could fight his way out. The guards, each of them protected by their leather coats and iron breastplates, stood four across and three deep, cutting off any hope of escape. They held half-pikes that were thrust menacingly towards him. He didn’t stand a chance.

He thought about his partners in this scheme and wondered whether they would have more luck. It was certainly a great shame that they’d no longer be able to see their mission through.

And all because of that strange little old man.

He recalled the last few moments, considering where it had all gone wrong.

He’d hidden in these cellars for days with little water and even less food, but none of that had bothered him as such small sacrifices would be worth it in the end. And he’d come so close, too. Today was to be the day. He had gone through his final checks: examining each wooden barrel, each fuse, and making sure that nothing could go wrong. Through their connections they had managed to secure the ideal location: a huge disused cellar located directly beneath the House of Lords. Right where they needed to be! The planning had taken months, years even, with thousands of pounds spent and countless favours called in, all of which would have soon borne fruit. They wouldn’t have known what had hit them.

His surroundings were filthy; his dust-covered cloak shrouded his scruffy clothes, and his normally smart boots had been made dull with dirt. Scraps of food were lodged in his moustache and his bushy, reddish-brown beard.

When he checked the contents of the last barrel, his cloak had fallen from his shoulder, exposing a thick, powerful arm. On his forearm was the scar he’d been given in a knife-fight but above that scar was a more intriguing sight altogether. A mark that he always kept hidden, unless in certain and familiar company; the inky tattoo of a quill, a mark that each of his co-conspirators also boasted. The mark of the Brotherhood.

He had examined the fuse one final time, thinking with pride how it was him who had been chosen to complete this, the most important of tasks. Those thirty-six barrels, filled to the brim with gunpowder, which would change history. And it was he who had been chosen to light the fuse. A single match that would illuminate the city and bring with it a new beginning. This king hadn’t understood them. It had fallen upon his brethren to make a change.

He remembered looking at his pocket watch. The time had come. So much firepower would not just demolish Parliament but also most of Central London. The blaze would light up the night and burn for a year. People would long remember this day and sing songs about it. And him? Well, they were sure to make effigies of him and chant his name. He would have been a hero.

If only it wasn’t for that old man.

He recalled how, in his final moments of preparation, he had been startled by a voice from the darkness. He’d thought he had been alone.

‘Penny for them, Guy?’ the voice had said.

‘Huh? Who’s there?’ He recoiled in fright, shocked that someone had been lurking in the shadows.

‘Your thoughts, Guido,’ the invisible voice replied. ‘A penny for them?’

An old face had then moved towards him out of the darkness. The face belonged to a man, a rather pleasant looking old man, who was only just taller than the wooden barrel that he’d hidden behind.

‘I don’t know who you are,’ Guy replied. He felt calmer as he realised that the stranger carried no threat. ‘But you can’t stop this. You’re too late. This is my destiny!’

He had taken a match then and, kneeling by the slow-burn fuse, had deliberately, poignantly, struck the match and watched as the bright flame threw the cellar into light.

‘I’m afraid, Mr Fawkes,’ the old man had said, ‘that there will be no fire in the sky tonight. I cannot let you succeed again. Not this time.’ He’d then swiftly blown out the match before adding, ‘But you are right about one thing: the world will remember you.’

Dumbfounded, Guy had done nothing but stare blankly at where the wrinkled face had been, holding the spent match as it had smouldered in his fingers. Coming to his senses, he’d then reached out, snatching at nothing but a handful of darkness. The figure had vanished.

It was then that dozens of heavy footsteps clattered on the stone outside the door. Then a loud crash as the doors had burst open and sent shards of wood flying across the room as the King’s Guard charged through.

He’d run for all he was worth, but there was no way out. His escape route was blocked by a bolted door.

He evaluated the scene again. This isn’t how it was supposed to happen. Who was that old man? And how did he vanish into thin air?

Deciding that he’d rather go down fighting, Guy pulled a dagger from his belt and braced himself for the fight that he knew would end his life. He steeled himself to charge but stalled as the wall of soldiers parted suddenly.

Will they really let me through?

His optimism was short-lived. A heavy rattling was followed by the emergence of two soldiers rolling a small cannon into the gap that they had created. Clearly they were taking no chances with him. Then, reminiscent of himself only moments before, one of the guards knelt and struck a match, lighting the fuse. Seconds later there was a loud bang.

Guy Fawkes saw it all in slow motion. The dagger fell from his hand as the cannonball flew through the air towards him.

His time had come.

Read more in Tommy Parker: Destiny Will Find You! 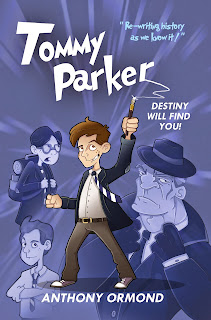