ANOTHER SWEET IN THE JAR!

Our little enterprise has grown substantially in recent months, most notably with the addition of three permanent members of staff but as of Saturday 15th December 2012, Shaun Russell (AKA The Boss) made a further addition to his home brood.

Holly Persephone Russell weighed just 6 pounds 3 and, to the delight of her parents, slept a blissful 9 hours on her first evening. She has been named Holly due to the current festive season whilst Persephone hails from Greek mythology and is the name of the Queen of the Underworld and wife of Hades.

From the entire team at Candy Jar, we would like to welcome Holly Persephone Russell to the world! 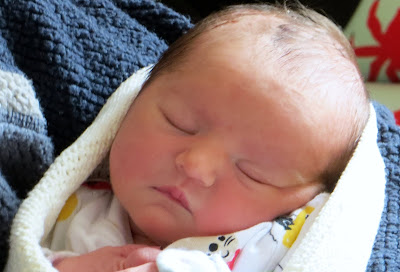