THE TRUTH ABOUT THE SWINGING SIXTIES!

Swinging London in the 1960s. The Beatles are bigger than Jesus, and a generation of British bands are revolutionising music, fashion and sex. Their names are the stuff of legend: The Who, The Kinks, The Rolling Stones.

You may not have heard of him, but Roger’s story has more famous faces than the cover of Sergeant Pepper. One of rock’s great nearly men, Roger has released his autobiography Standing on the Sidelines, detailing the highs and lows of a tumultuous and amazing pop career.

From early days in Wales, Roger’s life has been a rock ’n’ rollercoaster of a journey. Highlights of his remarkable career include playing the 2is club in Soho at the height of its popularity, being part of the only Welsh group to play The Cavern Club, working alongside the influential record producer Joe Meek, getting drunk with The Krays, and being present when Tom Jones got his name. He also spent time with one of the Great Train Robbers; one of two people who Roger believes was never caught by the police.

Standing by the Sidelines captures the glamour and sleaze, the hedonism and idealism, the sights, smells and, most importantly, the sounds of a music scene that changed the world. 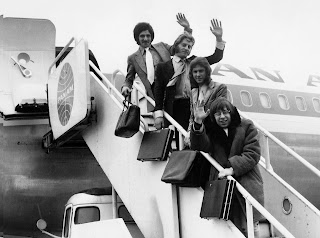 Roger, who later toured with The Honeycombs, feels that now is the right time to tell his story. He says: “With the introduction of iTunes and Spotify things have changed in the industry; it’s becoming increasingly difficult for young performers to get a record contract. I’ve written my book for all those aspiring pop stars. Things can difficult, but can also be great if you persevere.”

Roger’s first brush with stardom came when he was almost being signed by Larry Parnes. Roger continues: “At the time I was sixteen, but for some reason I was pretending to be fourteen. Unfortunately Larry was looking for someone seventeen or over. I confessed that I was actually seventeen but it was too late. Had I been honest about my age I may have had my break there and then.”

Despite this Roger’s career began to take off, and he spent time with some of the most influential performers in the music industry including George Harrison, David Bowie, Brian Jones and latterly Shakin’ Stevens, who he managed before he was famous. Roger says: “Under the name R J Hightower I released God Is Love. This was sold across Europe and in America. Saying that, my career was difficult at times, but I never gave up, although I did come quite close on occasions.”

Standing on the Sidelines also explores the darker side of show business – where sleeping rough, hiding from the police, suffering from acute meningitis, suicidal thoughts, and the occasional sex party add colour to an extraordinary story of determination and survival.

Roger says: “Often things got quite bleak. To save money I decided to spend a few nights at the railway station. It was quite common for struggling musicians to choose either Euston or Kings Cross to spend the night. I also worked with Freddie Mills and Joe Meek, but sadly they were both consumed by the industry. Joe shot himself after shooting his landlady, and Freddie was shot in the eye whilst sitting in his car at the rear of his club.” 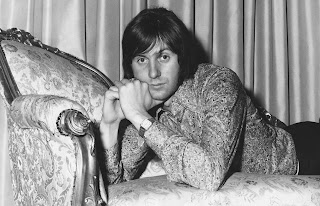 Roger also had a strong working relationship with John Christian Dee, a relatively successful 1960s song writer, and although together they got into scrapes worthy of Del Boy, they enjoyed working together. However this relationship brought Roger into contact with singer and hostess Janie Jones, the subject of a sex and cash payola scandal. Roger says: “Janie, who was married to John, used to hold these lavish parties. It was the place to be seen. As I would make my way through the throngs of people I would spot famous TV producers, film producers, radio DJs, actors, performers, singers and girls from the Penthouse Club. I had no idea what was going on behind closed doors though.’

Janie was subsequently jailed for her involvement in the scandal and John Christian Dee disappeared. Roger however continued working, touring the country and becoming increasingly disillusioned with the industry. As the 1960s became the 1970s, he started to take stock of his life.

His relationship with his partner Mimi – the daughter of Ali Mohammed Abbas, one of the founders of Pakistan – had broken down. Roger says: “We had taken an incredible journey together, having lived in both luxury accommodation and slum housing. Now we felt it was time to concentrate on our children.”

Click here to buy a copy.
Posted by Candy Jar Films at 22:32