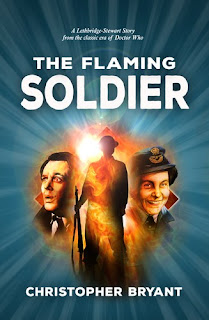 To celebrate the 75th anniversary of VE Day Candy Jar Books is giving away free kindles over the bank holiday weekend.

One of the titles included is Christopher Bryant’s The Flaming Soldier, a Lethbridge-Stewart spin-off novella very much inspired by the late Eileen Younghusband. Shaun Russell, head of publishing at Candy Jar, says: “Eileen worked in the Filter Room, the top secret hub of Britain’s air defence, and tracked the first V2 rocket into the country! Before she died, I had a brief conversation with her about our Lethbridge-Stewart series. We joked about her being the first person to track an alien rocket into the country and this sparked an idea. Her sad death prompted us to include her in The Flaming Soldier and happily she has since been a star character in other titles in the Lethbridge-Stewart range.”

Veteran World War II hero, Eileen Younghusband, and author of the popular One Woman’s War saw her children’s memoir, Eileen’s War, as her ‘legacy’ book. Before her death in 2016, she said: “It is my hope that all children will read my book. I think it is really important to engage with young people about World War II. It’s a pivotal moment in our history. If my story can live on from generation to generation this will be wonderful.” 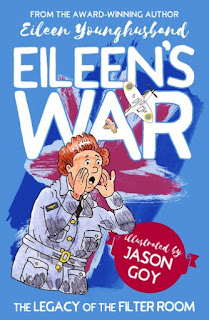 With the country still on lockdown, celebrations for VE Day will be very different this year, but there are still many ways to celebrate from the safety of our homes.

Traditionally held on a Monday, this year’s May Day has been put back to coincide with May 8th. This was originally to give as many people as possible the chance to remember and honour the heroes of World War II, but with the lockdown still firmly in place the majority of VE Day celebrations have been postponed. There are, however, still many ways to mark the occasion and honour our heroes, one of which is through reading...

Packed full of history, Maureen Mullally-Clarke’s Old Clothes and Porridge tells the story of a childhood spent against the backdrop of the Depression following the collapse of the American stock market, the launch of the Queen Mary, the Jarrow march, the abdication of King Edward VIII, the coronation of George VI, six years of war and the victory celebrations when war ended. 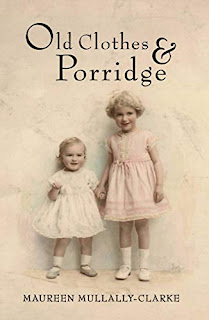 In a recent interview, Maureen was asked if she would encourage others to write down their life stories. She stated: “Yes I would and I have. I know one woman who used to be a war correspondent and one man who had a military career. People have fascinating lives and they should be documented.”

As our heroes gradually age and pass away, many of them taking their memories with them, it is vital to document and learn as much as we can about their extraordinary lives. Gavin and Claude Parr’s A Seemingly Ordinary Man details Claude’s account of growing up and living through the tumultuous first half of the twentieth century. Following his yearnings to become a sailor, Claude began his career as a steward on a cruise liner before eventually working as a member of the gun crew aboard the doomed RMS Laconia, which was torpedoed by the Nazis in 1942. Miraculously surviving the sinking, Claude was then captured and taken prisoner by the Vichy French. 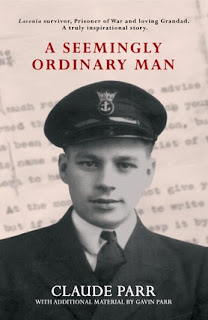 Gavin Parr, co-author of A Seemingly Ordinary Man, says: “Each year when VE Day falls upon us once more I cast a special thought back to my Grandad and how surprised and “chuffed” he would be that so many people have enjoyed reading his life story. We spent many years recapturing his experiences, from losing his friends during the infamous sinking of the Laconia and his imprisonment at a POW camp, through to the moment that they answered the threat of death from their German captives with a good old fashioned raspberry. Through it all, he managed to capture not just the common man, and his tragedy, but humour in the face of adversity. That pretty much sums up the spirit of the book, and the man.”

As well as real-life stories, World War II fiction is also vital, especially to help children understand what life was like for their relatives. In particular, Cherry Cobb’s Will’s War and Anthony Ormond’s Tommy Parker. 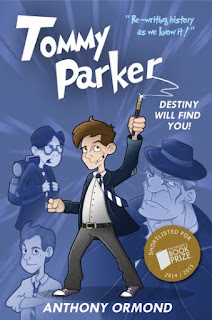 Tommy Parker is the story of a seemingly ordinary schoolboy, worried only about football and homework, until his grandfather reveals a massive secret that will change Tommy’s life forever – a pen that enables the user to time travel into their memories. Tommy must face numerous adventures and along the way is thrown into the midst of World War II Britain.

Alongside this Will’s War introduces the twenty-first century child to their World War II counterparts – literally! In Cherry’s book, the eponymous Will, a young boy from modern-day Britain, is magically transported back to London during the height of the Blitz. With two boys he befriends amongst the rubble, he is then evacuated half-way across the country. Despite the strangeness of the world around him – rabbit pie? the cane? – Will finds his way back to the twenty-first century, along the way learning all about the lives of children during the war. 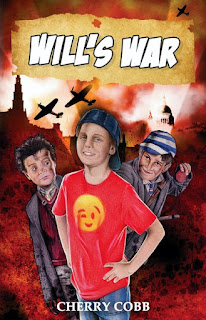 Cherry says: “I don’t think it’s reasonable to expect modern children to just ‘get’ evacuation. They’re from a different world. One hundred miles now is much less of a distance than it was in the 1940s; and being apart from mum and dad then meant a far greater level of separation than it does in the modern day. But at the same time, no matter how much changes, some things stay the same. And one of those things, in my opinion, is a kid’s ability to adapt. I tried to reflect that in Will. And as he learns, the readers learn too.”

Starting on Friday the 8th and ending on Tuesday the 12th of May, readers will be able to download the following titles free from Amazon: Old Clothes and Porridge, A Seemingly Ordinary Man,
Eileen’s War, The Flaming Soldier, Will’s War, and Tommy Parker.