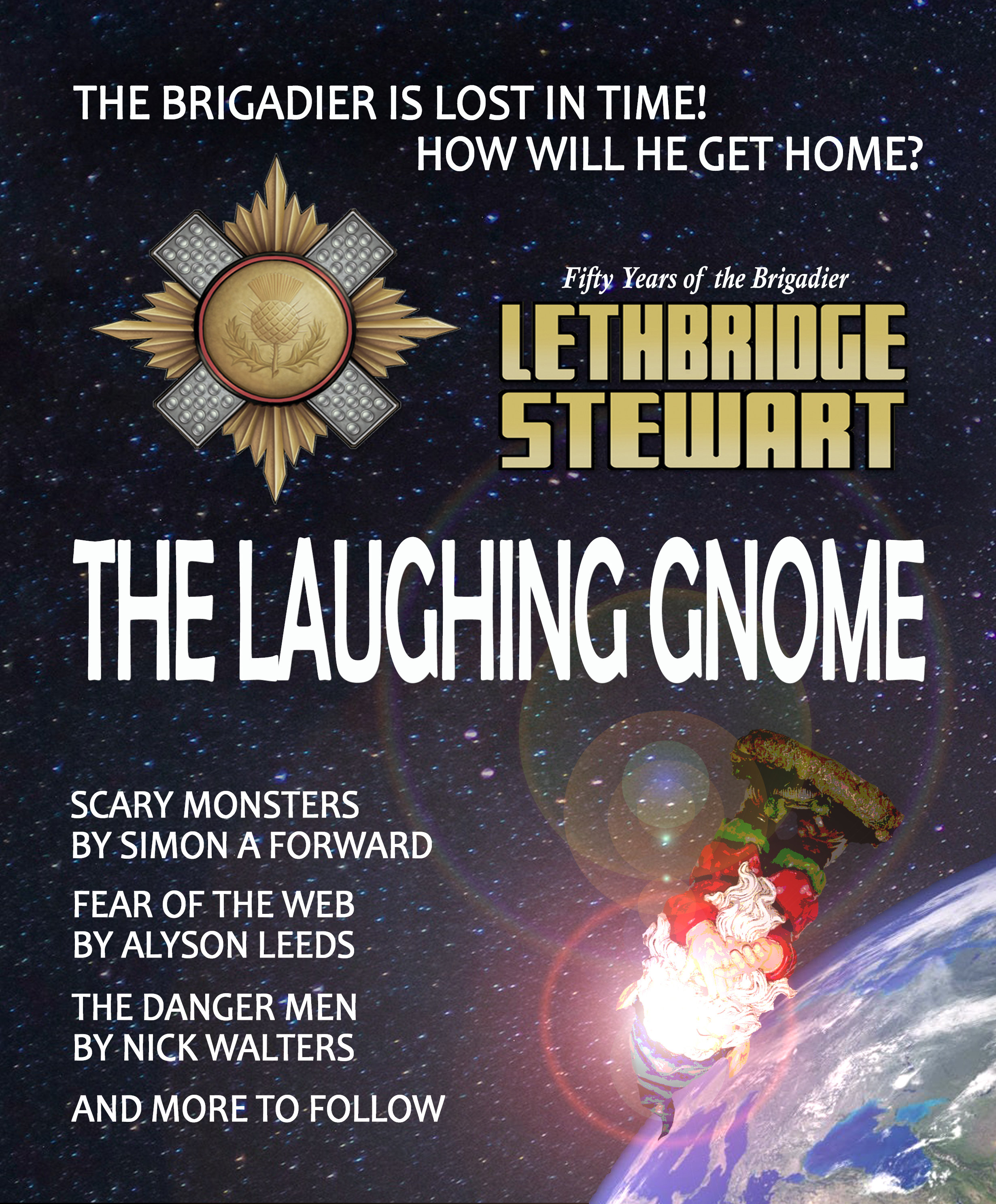 Candy Jar Books is releasing a series of six titles to celebrate the fiftieth anniversary of the Brigadier. The first five fall under the banner of The Laughing Gnome, and follows Sir Alistair, Brigadier Bill Bishop and Dame Anne as they adventure through time, visiting the 1930s, 1960s, 1970s, 1980s, 1990s and the 2010s! These are followed by a novel that takes the readers right back to the start of the Brigadier’s journey and reveals the decision that changed his life forever!

The Laughing Gnome consists of Scary Monsters by Simon A Forward, The Fear of Web by Alyson Leeds, The Danger Men by Nick Walters, Day of the Matador by Robert Mammone, and Lucy Wilson and the Bledoe Cadets by Tim Gambrell. These are followed by On His Majesty’s National Service by David A McIntee & Dr Lynette Nusbacher.
Posted by Candy Jar Films at 00:16