NEW ROYAL ON THE WAY 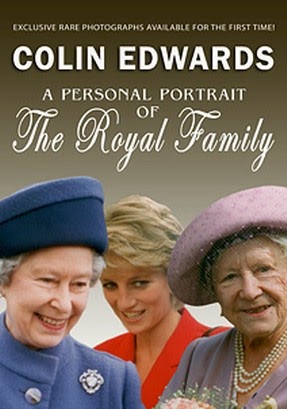 Congratulations to the Duke and Duchess of Cambridge, who are expecting their second child. The future prince or princess was announced on Monday, just two months after the first birthday of the couple's first son, George. The Queen is said to be delighted at the news.

As with her first child, Kate is said to be suffering severe morning sickness, which has led to her pregnancy being announced early. However, at the opening of a new study centre at Oxford University, William reassured the crowds that the Duchess was on the mend.

One well-wisher is Candy Jar’s own Colin Edwards, photographer and author of A Personal Portrait of the Royal Family, who said that he was ‘thrilled’ that baby George would soon have a new playmate. A regular at royal walkabouts, he added, ‘I hope that, next spring, after the baby is born, I will once again be able to meet and congratulate the Duke and Duchess on the new arrival.’


No doubt Colin will become a familiar face to the child, as he has been to the past three generations of the Royal Family. Having presented one of his photographs of the infant William to Kate, at a walkabout following their marriage, he is already looking forward to the new royal’s first public appearance.
Posted by Candy Jar Films at 10:48